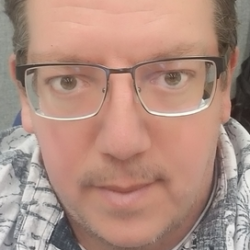 There are two ways to use Azure AD on-prem - pass through authentication (sends the authentication request directly to Azure AD) or directory synchronization that syncs password hashes between on-prem AD and Azure AD. In this blog post, we're going to cover how to get the Azure Active Directory Connect software set up to sync password hashes.

We'll cover how to get a recurring sync running and also how to use Azure AD Connect to force a password hash synchronization.

In a nutshell, to force Azure AD to sync with PowerShell requires the following steps:

If you're more into learning via video, be sure to check out this informative TechSnips video.

To sync on-prem Active Directory to an Azure AD tenant, you'll first need need to download and install the Azure AD connect software. To do that, you've got two options. You can either download it from the Azure Portal or by going directly to the software package.

Downloading from the Azure Portal

When you install Azure AD Connect, it will install two primary tools you can use to schedule a sync or force a sync.

Using these two tools, you can setup a recurring (scheduled) sync to routinely perform an Azure AD sync. Or, you can use either to force a sync ad-hoc. Both tools perform the same behavior. The only difference is one is via the command-line (PowerShell) and one is a GUI application.

Setting up the ADSync PowerShell Module

When you install Azure AD Connect, it will install a PowerShell module called ADSync. This module contains that allow you to manage the sync process using PowerShell.

Note that in this article, I am using Windows PowerShell 5.1. Your mileage may vary if you're using an older version.

To import the module, open a PowerShell console and enter the following:

To verify that the module has imported, use Get-Module. You should see the ADSync module listed.

By default, Azure AD Connect creates a scheduled task that runs a delta (syncing only differing objects) sync every 30 minutes. You can find the schedule by opening up Task Scheduler. You should notice a scheduled task under Microsoft --> Windows called Azure AD Sync Scheduler.

The scheduler itself is always running but it can be configured to only run one or none of these tasks.

There may be times where you would need to force synchronization of your objects. For example, if you need to have your own synchronization cycle process, you can disable this task in the scheduler but still run the maintenance task.

To use Azure Active Directory Connect to force a password sync and other information, you can either use the Synchronization Service Manager or PowerShell.

Forcing a Sync with the Synchronization Service Manager

On a server with Azure AD Connect installed, navigate to the Start menu and select AD Connect, then Synchronization Service.

At first glance it looks overwhelming, but you are only concerned with the Connectors tab and the right hand selection pane. Looking at the right hand pane, you can see options to stop (Stop) and start (Run) the sync.

Note that when a synchronization cycle is running, you cannot make configuration changes. Stopping the current cycle is not harmful and pending changes are processed with the next run.

Getting Sync Status with PowerShell

Before you force a sync, it is a good idea to get the status of the current sync cycle. If you force sync during a currently running sync, you could be setting yourself up for some issues later on.

To see the current settings, open up a PowerShell console on the server Azure Active Directory Connect is installed on and run Get-ADSyncScheduler. You'll see a few properties each providing useful information.

There is quite a bit of information to parse through. Let us go through line by line:

Forcing a Sync with PowerShell

You have a couple of options when forcing a synchronization. You can either force a full sync or a delta sync. A full sync checks all objects across AD. A delta sync only checks and syncs changes since the last run.

To start a full sync, you can use the Start-AdSyncCycle cmdlet. Use the PolicyType parameter to choose either Full or Delta depending on the sync you'd like to initiate. Either method will force an AD sync for Office 365, user identity accounts and all other attributes.

If you'd like to stop a sync in process, you can also use the Stop-ADSyncCycle cmdlet.

If you enjoyed this post, be sure to check out some similar posts on Active Directory