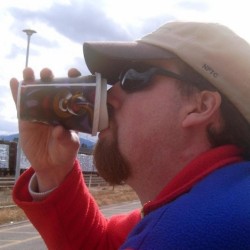 DNS records are typically managed dynamically by your DNS server. However, at times, you may find that you need to manually create, edit, or remove various types of DNS records. Or to even add various DNS tasks to automation scripts. It is at times like this that using PowerShell for DNS records is the way to go.

This blog post has a companion video created by TechSnips contributor, David Lamb. Feel free to have a watch or, if you prefer text, read on!

You can view all of the resource records for a given DNS zone by simply using the PowerShellGet-DnsServerResourceRecord cmdlet. Using this cmdlet, you can specify the ZoneName parameter which will list all DNS records in that zone.

As you can see below, this generates quite a lengthy list of records.

This behavior highlights one of the advantages of this particular cmdlet over the graphical DNS console. The view gives you all of the records for this zone, regardless of which folder they are in. In the graphical console, it would take quite some time to piece this information together.

Now thin out this list a bit. Using the same cmdlet, but adding the RRType parameter to search for A records (IPv4 hosts) and filtering for records where the Time To Live (TTL) is greater than 15 minutes gives us a bit more of a manageable list. You can use the Where-Object cmdlet to filter on many different DNS record properties.

In the example below, we will search for A records in the canada.corp.ad zone on DNS server DC03

Adding and Removing A Host Records

To add a host record, you will need to use the Add-DnsServerResourceRecordA cmdlet. In this example below, you need to add a host record for a new printer that you are adding to the network. It will be added to the corp.ad zone with the name reddeerprint01, and it's IP address is 192.168.2.56.

If it turns out that you need to remove a record, perhaps the printer has been decommissioned, you can use the following code to remove the host record that we just created:

It is also just as easy to add an IPv6 host record. Of course, these records differ slightly, as they are listed as AAAA records. You may notice that we are now using the Add-DnsServerResourceRecordAAAA cmdlet. It's a subtle change, but an important one.

Add a record to the corp.ad zone for the new IT Intranet server at fc00:0128 and then quickly verify that it has been created with the following command.

Using PowerShell with DNS records, you can also add PTR records. A reverse lookup record allows the client to query a DNS server to request the hostname for a supplied IP address.

Use the Add-DnsServerPrimaryZone cmdlet to create a new DNS zone. In this instance, since you're creating a reverse lookup zone, provide it with the Network ID.

In this example, I have also chosen to set the replication scope to the entire AD forest, and I have specifically targeted DC03 as the preferred DNS server:

Now that the reverse lookup zone is in place, you can add a PTR record for a new printer called CYQF-Printer-01.canada.corp.ad that has an IP address of 192.168.2.56. As this record is for the canada.corp.ad zone, you will be targeting the DNS server DC03.

Now that the zone is created, let's create a PTR record using the Add-DnsServerResourceRecordPtr command. When using this cmdlet, it is important to note a couple of things.

Once you have those pieces of information, the code required to create the PTR record is relatively simple, if a bit long:

To finish off this tutorial, create a host alias record or CNAME record using the Add-DnsServerResourceRecordCName cmdlet.

These records allow you to specify an alias for an existing host record in the zone. This becomes especially useful, for example, if you want to provide your finance users with an address for their web-enabled finance app.

You could create an alias called finance, and point it to the web server webapp25.corp.ad. Once the app is migrated to the new web server with a new hostname, you'd then change the CNAME record to point finance that points to the new host. This way, the users don't have to update their bookmarks. They can continue to access their application using the address finance.corp.ad.

If you'd like to dive deeper into DNS and see some more advanced capabilities, be sure to check out all of the other DNS posts here.

This concludes our tutorial on using PowerShell with DNS records. With the knowledge you've accumulated here, you should now be able to manage interactively or even automate large swaths of DNS records if you set your mind to it!

If you enjoyed this post, be sure to check out some similar posts on Microsoft DNS